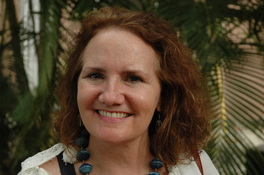 Donna Carole Roberts has worked between North America and Brazil since 1997, when she created a film for the Rio + 5 Forum on sustainability, then traveled to Bahia where her heart was opened to the beauty of Candomblé and its women leaders. Thus began a journey which culminated in the film Yemanjá nearly two decades later. Prior to this, Donna directed the award-winning Sea of Uncertainty about the Deepwater Horizon oil spill in the Gulf of Mexico (WGCU Public TV). After producing several Canadian programs on environmental themes, she created documentaries for PeaceWomen Brazil (Mulheres pela Paz) about ending violence against women. With an M.S. in Environmental Sciences, Donna's thesis explored the work of Brazilian women socio-environmental educators and activists; her goal was to add their voices to the global discourse on environmental education. The work of esteemed Candomblé leader Makota Valdina Pinto (featured in Yemanjá) was part of Donna's research.  She also created a cultural exchange program, Connect to Care in the Heart of Brazil, bringing together North American and Bahian women artists, educators and religious leaders, while interacting in service capacities with organizations serving women and youth. A  relationship with Calafate Women's Collective is ongoing! 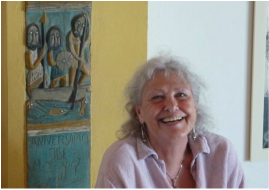 Donna Read is a renowned, award-winning Canadian director and editor.  Her most well known work is referred to as the Goddess Trilogy (National Film Board of Canada) and is comprised of the films: Goddess Remembered, Burning Times, and Full Circle.  Twenty years later, Goddess Remembered continues to open film festivals worldwide, while the trilogy is an important trigger film in formal and non-formal education.  Donna also directed Signs Out of Times a documentary about controversial anthropologist Marija Gimbutas and Permaculture: The Growing Edge, with Starhawk.  Donna Read was Yemanjá’s associate director and editor.  We are deeply grateful to her for infusing our film with her masterful editorial skills and sense of beauty. 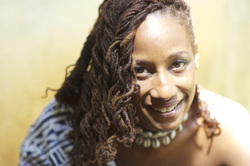 Jennifer Alissa Sanders was integral to the film's early vision nearly two decades ago - and its completion in 2015 - when she and Roberts met in Salvador and began developing a documentary about distinguished Afro-Brazilian women leaders based on Jennifer's idea for a book.  Jennifer has played various roles on the film as assistant producer, from research to translating and transcribing Portuguese interviews, while being our eyes and ears on the ground in Bahia during post-production, and public relations consultant during our Bahian premieres. A truly bicultural American, Jennifer has lived between the U.S. and Brazil for many years.  She is also a very talented jazz singer in (at least) two languages! 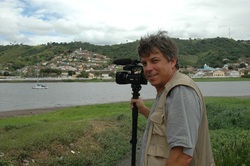 Gerald Lee Hoffman is principal videographer and still photographer for Yemanjá.  He has worked on documentary productions in the U.S. and Brazil.  With a background in still photography and visual arts, Gerald has also used his talents working with at-risk youth in Santiago, Dominican Republic, and in Salvador, Brazil (with Roberts) to increase the young people's self-esteem, while creating visual literacy.  Gerald's still photography shot on location during filming in Bahia culminated in the stunning exhibit, Goddesses of Nature, which accompanies the film to screening events in select locations.  He also facilitates dynamic paper-making workshops with youth. 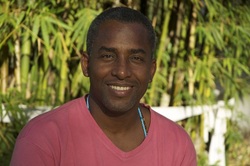 Josuel Queiroz has worked with the film since its inception as an interpreter, production assistant, driver, and key community consultant in Bahia.  A devotee of Candomblé in Salvador and tourism guide, Josuel has shared a wealth of important knowledge, wisdom and practical information during every encounter in which he was involved. He has facilitated shoots and meetings that otherwise could have been next to impossible.  Josuel is a great friend and ally! 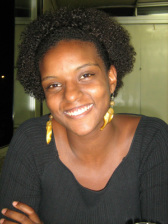 Priscila Santos provided Portuguese transcriptions for many of the film's interviews.  Her work was crucial to better understanding the wisdom of the women interviewed for Yemanjá.  A professional language teacher and translator in São Paulo, Priscila frequents a house of Umbanda, another Afro-Brazilian traditional spiritual practice. 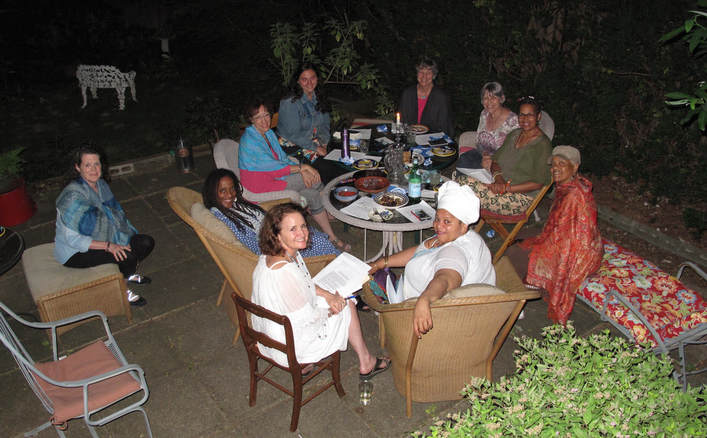